Catalogic Software has partnered with Backblaze, a provider of cloud storage services, to reduce the cost of backing up Kubernetes data.

Backblaze makes cloud storage available via an S3 application programming interface (API) that many IT teams already use to access Amazon Web Services (AWS) cloud storage. Unlike other cloud storage providers, Backblaze does not charge egress fees for data transferred out of its cloud service, and the company claims it provides cloud storage services at 75% less cost than rivals.

As a software-as-a-service (SaaS) platform, CloudCasa eliminates the need to acquire software and infrastructure to back up any distribution of Kubernetes running at the edge, in a local data center or on a public cloud, Miracle says.

In general, data protection within Kubernetes environments is becoming a bigger concern as more stateful applications are being deployed on Kubernetes clusters. The issue many IT organizations will face is that, over time, many will wind up running different versions of Kubernetes provided by multiple vendors. Rather than acquiring tools for each platform, Catalogic Software is making a case for a centralized SaaS platform capable of supporting any distribution of Kubernetes.

As cloud computing continues to evolve, it’s become apparent that more IT organizations are now comfortable using multiple clouds. The days when IT teams only relied on one cloud platform are coming to an end. As such, more organizations are exploring cloud alternatives not just for compute but also for storage.

CloudCasa extends the capabilities of those clouds by making it possible to store immutable backups on any S3-compatible cloud storage service using the S3 Object Lock that prevents data from being deleted or overwritten. That capability has become more crucial in the wake of ransomware attacks that not only target local data but also copies of data stored in the cloud that an organization might use to recover from a ransomware attack, notes Miracle.

It’s not clear to what degree cybercriminals are targeting Kubernetes clusters, but many of the cloud-native applications being deployed on Kubernetes clusters to drive digital business transformation initiatives is increasing. Of course, Kubernetes clusters are just as susceptible to accidents and hardware failures as any IT platform. The one thing that is different in modern application environments is that there is a lot more emphasis on being able to recover data from the cloud as quickly as possible. Application downtime today often equates to lost revenue for businesses.

Backup and recovery may not be a top-of-mind issue at a time when most organizations are still trying to simply master running Kubernetes clusters in production environments. However, it’s now only a matter of time before data protection becomes a much bigger concern in cloud-native application environments as they are starting to be deployed in larger numbers. 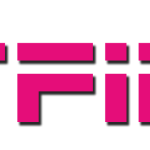